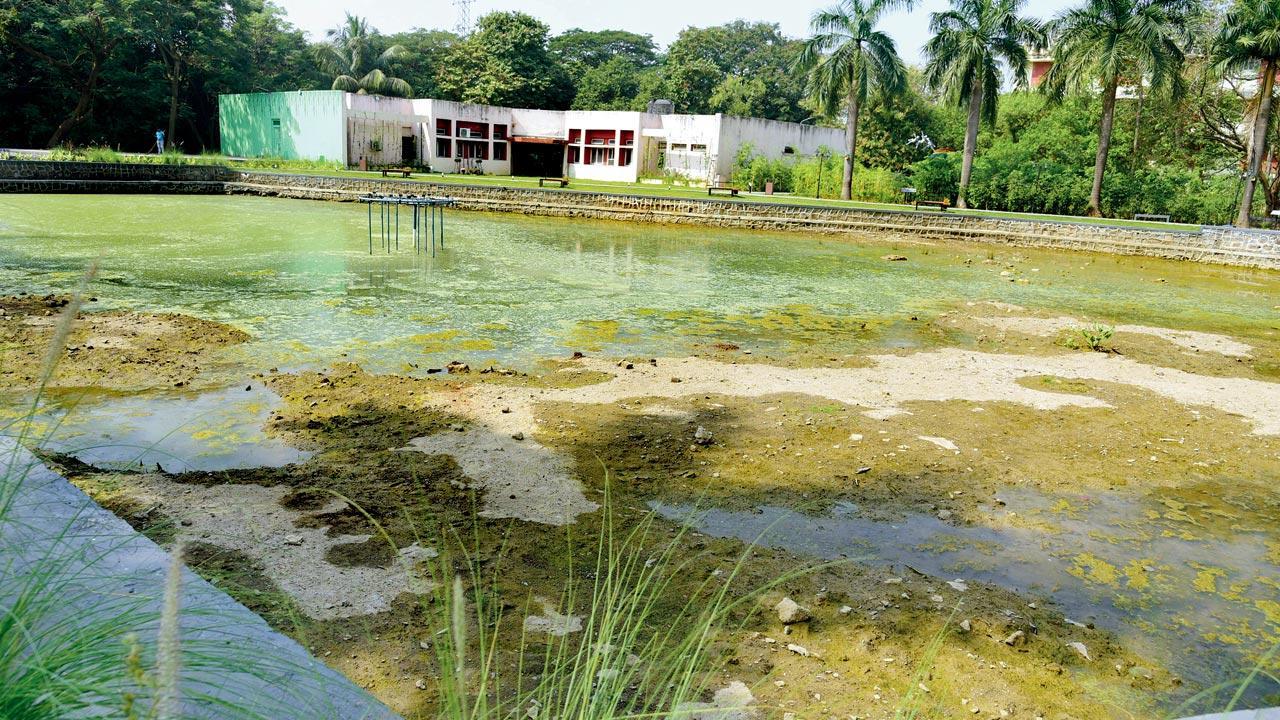 Part of the lake is covered in algae. Pic/Atul Kamble

Infrastructure built on Mumbai University’s Kalina campus as part of its development and biodiversity projects, is now in ruins.

A lake that was included in the recently inaugurated biodiversity park used to have fish and other marine creatures like turtles, but is now half-dried and covered in  algae. A rose garden that in 2010 hosted the prestigious All India Rose Convention is now one dried-up corner on the campus. A tennis court developed with the help of the All India Tennis Association (AITA) is now entangled in a court case and lying unused.

The Mumbai University created the artificial lake on its Kalina campus with much zeal over a decade back, but that’s where the enthusiasm ended. The water body continues to dry and the marine lives within are long dead. 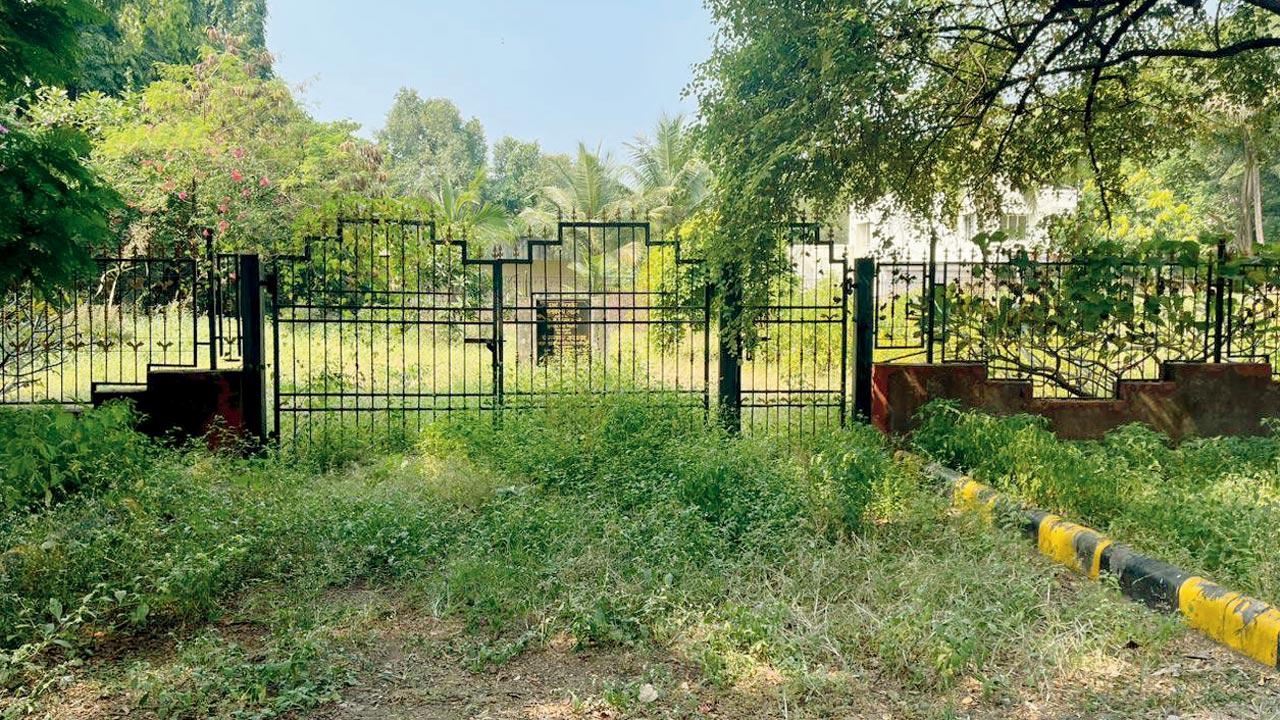 The rose garden once hosted the All India Rose Convention. Pic/Dipti Singh

On October 15 the varsity along with the Rotaract Club inaugurated a biodiversity park on the campus. The lake was filled with tanker water, cleaned and this was widely publicised. The cosmetic dabs however didn’t last long.

When mid-day visited the park on November 8 and again on Wednesday, we saw the lake was back to its half-dried avatar, and part of it was covered by a thick layer of algae. The lake is six-foot deep and 75 feet in diameter.

An official, when questioned, refused to agree that the lake is in bad shape and showed photos of the October 15 inauguration of the biodiversity park.

“There was a time when there were different types of fish in the lake, there were ducks and turtles. In 2017, these fishes and turtles were found dead. Whenever someone complains they fill up the lake with tanker water. It stinks and mosquitoes have started breeding on it. Money spent on the lake has gone down the drain,” said Ashish Dwivedi, a varsity alumnus and Mumbai President of Chhatra Yuva Sangharsh Samiti.

On the occasion of World Environment Day in June 2009, the Mumbai University’s Kalina Campus inaugurated a rose garden. But even it is in a pathetic state now.

“The rose garden now looks like an abandoned graveyard with wild bushes and the inaugural plaque from far looks like a tombstone. When I asked one of my teachers I was told the administration has neglected the place,” said a student living on the campus.

A D Sawant, former pro-vice chancellor of MU who was then president of the Mumbai Rose Society, had said that the garden was built to raise awareness about the growing climatic changes. The university had grown over 10,000 varieties of flowers, the majority of which were roses. “We did these projects in 2009-10, the next leadership had to just get them maintained. So many of these places are now in bad condition. The university does not have a full-time vice-chancellor and pro-vice chancellor now, what about those who held the post before them? Was maintaining a rose garden that difficult? The university is struggling at every step, even getting students’ names wrong on the certificates, what do you expect? Even the biodiversity park will meet the same end if neglected like other infrastructure,” said Sawant.

“The lake project is ongoing, we are working on it with the help of CSR funds and even the Rotaract Club is involved. The project will take time to complete. We will see what interventions other infrastructure needs and take action accordingly,” said a senior university official.

Register for FREE to continue reading !

This is not a paywall.However, your registration helps us understand your preferences better and enables us to provide insightful and credible journalism for all our readers.

Who will be named Australia’s Most Outstanding Tennis Club for 2022?